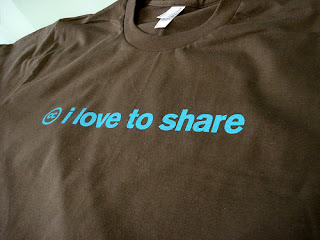 So I won't re-write everything I just posted on C++ Soup about cpp-netlib 0.9.1 being released. I'll just point you over to that blog post and talk about something else in this entry. What I do want to write about is more of a reflection on my reasoning for why I do open source development. I feel like I need to write this down in a more thought-out form with better structure than what I've tried doing before.

There's something very self-less as well as selfish when you do open source development. I can't say that doing open source hasn't helped me get my name out. I can't say that it hasn't gotten me work. Open source involvement has done these things for me among other things. It has helped me get my name out there as well. However the selfish parts aren't nearly as interesting to me as the self-less part.

Altruism is a funny thing. I really do want to help a lot of people solve the same problems I've had to face as well before. The C++ Network library started because I felt frustrated with all the existing networking solutions in C++ and I thought there might be a different way of doing things that would work. Along the way I discovered a few things that I've shared to like-minded peers. I've learned a lot about myself in the process that I share as well in case others would see something useful in what I learn. The things I do for altruism include open source development because I think code that I write and expose for everyone else to read has the potential to help others see the value in sharing.

I do open source development because it makes me happy to share with the world at large a solution to some problem. It's one way for me to exercise my problem solving skills and keep improving myself in the process as well as help whoever might need the help I can offer.

Do you develop open source? I'd love to know why.